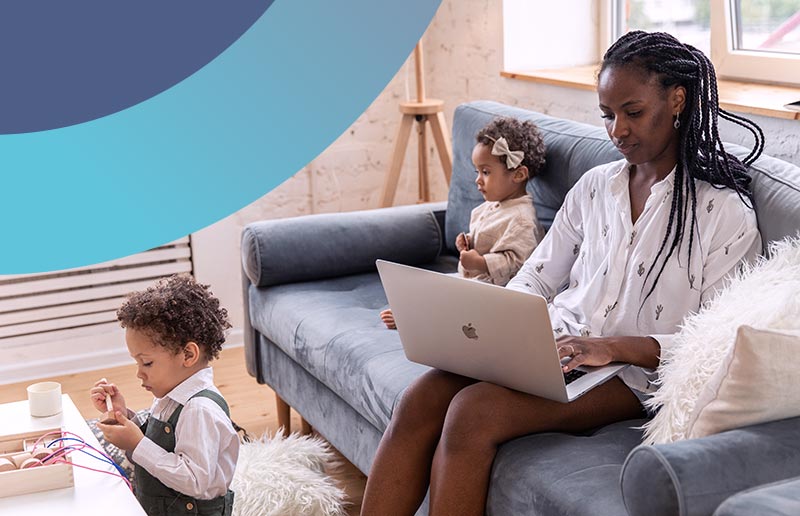 For a nearly year now, employers have been able to claim all or most of the cost of paying their staff while they are furloughed, under the Coronavirus Job Retention Scheme (CJRS).

In order to qualify for the CJRS grants the employees must not work for the employer, or for any connected body, while they are furloughed. This is an important point because in the early months of the pandemic some unscrupulous employers were asking staff to work from home although those employees were furloughed for that time.

Employers could apparently get away with this, as the employees may not have realised that their employer had submitted a CJRS claim for their wages.

HMRC has attempted to put a stop to this deception by reflecting all furlough claims made into the individual employees’ online personal tax accounts. From 25 February 2021 any employee can check their personal tax account to see what CJRS claims have been made on their behalf.

Unfortunately, this published data on CJRS claims only covers pay periods from 1 December 2020 onwards. The data for earlier CJRS claims will not be reflected into employees’ personal tax accounts.

What can staff do on furlough?

Some employees may be confused about what they can or cannot be asked to do by their employer while on furlough.

Furloughed employees can work on a voluntary basis for a body or organisation which is not connected with the organisation that has furloughed them. Thus, staff may do charitable work while furloughed as long as that charity is not their normal employer.

Employees can be required to undertake training while furloughed, but they must not provide services to customers or generate income for the employer while on furlough.

The time the employee spends on training assignments while furloughed must be paid at a rate at least equivalent to the National Minimum Wage (NMW), as appropriate for the employee’s age. The NMW rate may exceed the furlough rate which will generally be 80% of the employee’s contractual pay rate.

Some employers who made CJRS claims in the early part of the pandemic quickly found that their staff could continue to work efficiently, but in an adapted or different location. The need to furlough staff was thus diminished, and the CJRS claims should have also diminished.

Other employers may have submitted fraudulent CJRS claims. HMRC’s permanent secretary Jim Harra estimated that the fraud rate in the CJRS was between 5% and 10% of the total claimed.

To satisfy both the interests of industry competitors, and to deter fraud in the scheme, anyone can now access a restricted version of the CJRS claims data from HMRC.

From 25 February 2021 HMRC has published a spreadsheet containing a list of employers who made CJRS claims for pay periods in December 2020. This data was published in a limited version in January 2021, but has been updated in February 2021 to include the name of the employer which is attached to the PAYE scheme for which the CJRS claim was made.

To help identify the correct employer for each PAYE scheme HMRC has added the company registration number, if the employer is a company.

The spreadsheet also includes an indication of the value of the total CJRS claims submitted by the employer across all PAYE schemes operated by that employer within the following bands:

Around 25 March 2021 HMRC will publish a list of CJRS claims submitted for pay periods in January 2021, within the same bands and identifying the employer in the same fashion. Data for CJRS claims made for periods earlier than December 2020 will not be published.

Certain employers may have valid concerns about the publication of their CJRS claims, and there is a mechanism for employers, or their tax agent, to ask HMRC not to publish that data.

Those people associated with the employer include:

Where employers have over claimed CJRS grants, either by mistake or maliciously, they may repay the excess amount to HMRC. A repayment may also be made voluntarily if the employer feels it did not need the grant.

Mistakes in CJRS claims may be corrected as part of a later CJRS claim. If the employer will not make another CJRS claim, it needs to request a payment reference number from HMRC through the online service to make the repayment.

Where the CJRS claim has been amended by repayment, or other adjustment, HMRC will amend the publicly available spreadsheet when the next edition is published. Where the entire CJRS grant has been repaid before the published list of CJRS claims was produced that employer will not appear on the list.

HMRC will not provide further details of CJRS claims which has not been included in the published list.